Fake NFTs and how to avoid them

NFTs are mainly known to be tamper-proof properties and cannot be misappropriated. Although this assertion is almost true, there are fake NFTs. There are people cunning enough to outsmart the Blockchain system by appropriating (and therefore by stealing) the ownership of an asset of which they are not authors or owners.

An NFT (Non-Fungible token) is a token that cannot be interchanged. It is a dematerialized good, designed on a blockchain that guarantees its verification and authentication. After the creation of the NFT, the blockchain is capable of tracing and storing all the transactions that have taken place since this NFT creation, from the creator/owner or to the next buyers. Everything is securely recorded and can’t be violated, which means that the NFT certificate cannot be misappropriated or falsified by a third party. However, the NFT functioning system is as follows: whoever creates or inserts an NFT on the Blockchain is presumed the author. He can then put it up for sale on an NFT marketplace and collect the sale profits.

Here is the issue: It may happen that whoever creates or inserts an NFT on the blockchain does not have the digital property copyright in question. And if the real owner has not been aware of these transactions, someone else will benefit from his/her labor fruits. This is a problem that tends to be solved, but it can indeed arise in certain circumstances. But while waiting for an explicit intellectual property certificate or at least proof of copyright for each NFT submitted to be integrated on Ethereum Blockchain or others, these following are some cases of fake NFT:

Hermès MetaBirkin NFT which does not come from Hermès brand

Birkin bag is an exclusive and limited line of Hermès brand created in 1984 which is sold for high prices (over $ 300,000). Mason Rothschild, under the excuse of “paying homage” to one of the most famous handbags of Hermès brand, has created and offered for sale on OpenSea platform, a limited Metabirkins NFT edition of 100 Metabirkins, therefore bags virtual, without the prior authorization of the brand. These handbags sold for nearly $ 24,000 are slated for the metaverse. It has turned out that on the same sales platform, there were other copies of the Rothschild Metabirkins which themselves were already counterfeit NFTs.

Hermès brand therefore filed a complaint against this Metabirkin creator, Mason Rothschild, for violation of trademark rights under the intellectual property code. The brand also holds responsible for this situation the world of NFTs and the blockchain, which obviously lacks vigilance as to the veracity of copyright in real life. Having never agreed to sell its bags virtually, Hermès says these NFTs are a concrete example of the use of fakes in virtual spaces. Rothschild meanwhile has not responded to these allegations against him but condemned the NFT falsifications of which he himself was “a victim…” which amount reaches $ 35,000 in earnings for the counterfeiters of the counterfeiter himself. Surprising, isn’t it? At this time, no one will be able to be refunded for these fake NFTs purchases, due to the very complex nature of the transactions taking place on the blockchain. 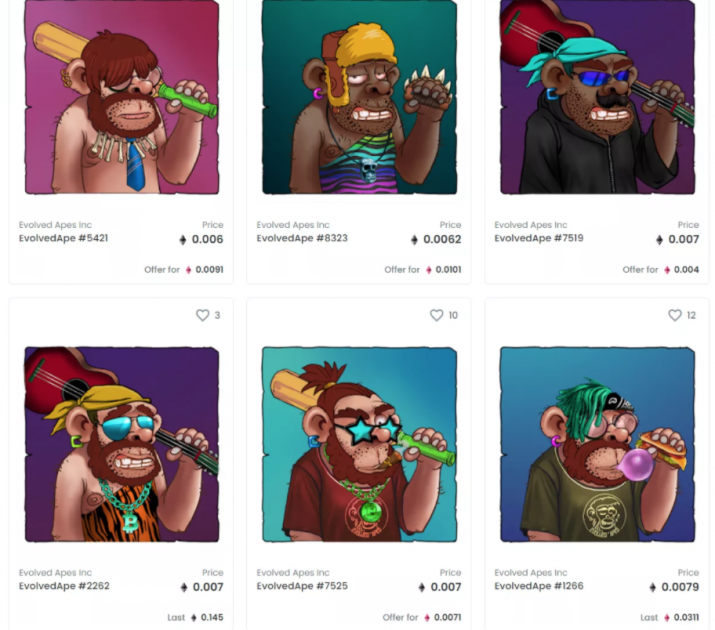 Evolved was supposed to be a one-on-one online fighting game that would have given the possibility to earn ethers for each victory in battle. The principle was therefore to pay to get fighters, being here monkeys with a unique appearance and equipment, following the principle of NFT. The NFT fighting monkeys were therefore 10,000 in number, as it is customary in NFT collections (Confers the collection of 10,000 CryptoPunks), each unique and authentic, listed on Ethereum Blockchain and placed on OpenSea Marketplace.

Sadly, it turns out that the creator/developer behind this game and its NFTs, after collecting 798 ethers for the sale of 4000 NFT from their collection (over $ 3 million) has vanished. All his contact details disappeared in the process: his accounts on social networks and even his website. Even his contractor for the NFTs drawings did not receive his payment. The funds provided were to be used for the video game development in question, as well as for the marketing aspect and reward sharing to the winning players.

This scammer’s victims have formed a collective to sue the project. However, it appears that the fake NFTs Evolved Apes continue to be purchased and that the commissions from those sales still go directly to this scammer’s account who ran off but was careful not to lock his account.

A fake NFT-art of artist Bansky 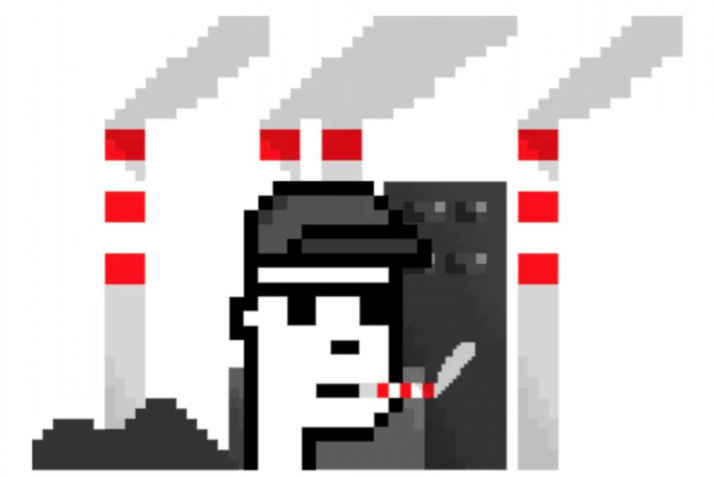 An advertisement posted on Bansky artist’s official website put up for sale an NFT for the sum of 100 ether, therefore more than $ 300,000. This advertisement redirected to OpenSea website on which an auction of this NFT called “Great Redistribution of the Climate Change Disaster” was underway. Once the artwork was purchased by someone named Pransky, the link to the NFT sale disappeared from the artist Bansky’s official website. Pest Control, the structure in charge of certifying and verifying the artist’s creations, promptly warned of the criminal nature of this transaction. The conclusion was that Bansky’s official site may have been hacked. Due to the outcry and fear of getting caught, the scammer paid for a full refund of the purchased fake NFT, sales commission fee of over $ 6,700 excluded.

Iconics or the case of NFT emojis

An unknown user puts up for sale a batch of 8000 NFTs supposed to be 3D representations of multiple known characters. After the unknown artist’s decision to offer 2,000 works from his collection for $ 144, the NFTs sold out very quickly. The concern is that people who bought these NFTs did not receive the 3D images as agreed but a simple collection of emojis. The discussion thread with the scammer then disappeared, along with his Twitter account. However, the sale profits apparently came back to him.

There are other types of scams such as creations of fake NFTs sales marketplaces, scams of all kinds like the one with Evolved Apes or Iconics or even the impersonation of famous artists or even customer service from a popular platform. Many artists suffer from copyright theft by scammers plentiful on the internet who mint (create) NFTs of artists’ creations without their prior consent.

How to avoid NFT scams?

The reverse Google image search is very useful for reassuring the authenticity of an NFT because this search will allow you to trace the origin of the picture, so as to know its source website. Likewise, research the NFT artist, company, or any structure that sells NFTs to be sure of their credibility.

For fake marketplace scams, it is essential to verify the contractual address of the NFT to buy. This allows you to know where the NFT was minted. The addresses of the scams are generally false, it will therefore be necessary to make sure that the addresses match on the NFT and on the platform where it was minted (created).

Like on Instagram, verified artists or artist accounts have a blue verified account check mark next to their name. Checking the artist’s social media accounts is just as essential, whether it is the number of followers or news feed, comments etc.

Some scammers go so far as to impersonate the customer service department of NFT’s sales platforms to extract sensitive information. You should therefore never communicate your information or personal data. This is the same principle as with phone or email scams.

This video will provide some more details on how to avoid scams on OpenSea platform and others.

Read More
Dec. 02, 2022Why Web3 and NFTs can transform brand customer relationship
Nov. 30, 20223 ways to match an NFT category to a brand’s marketing goal
Nov. 29, 20227 tips to build a Web3 Community as a traditional brand
Nov. 25, 202210 NFT types to fit your brand business strategy
Nov. 24, 2022NFT Treasure Hunt: The brand’s gold mine to target the Gen Z
Nov. 20, 2022Metaverse interoperability- How can brands leverage it
Oct. 18, 2022Metaverse Fashion & Sneakers: itw with Nicolas Romero
Oct. 17, 2022Web3, NFTs & Metaverse events of December 2022
Oct. 17, 2022Social Media & NFTs: What the future has in store?
Oct. 14, 2022Making the Beauty Industry a key player in the Metaverse
We use cookies on our website to give you the most relevant experience by remembering your preferences and repeat visits. By clicking “Accept All”, you consent to the use of ALL the cookies. However, you may visit "Cookie Settings" to provide a controlled consent.
Cookie SettingsAccept All
Manage consent