Talking about the Web3 market is referring to the third generation of the World Wide Web, which aims to decentralize the internet and give users more control over their online data and interactions. The market for these technologies has been growing rapidly in recent years, and it is likely that this trend will continue in the future.

Even if the Web3 is still in the early stages of development, it appears to have a prosperous future. The sector has seen notable expansion over the past few years, and there is no indication that it will abate. The point is to dig into the current state of Web3 technology and the extent to which it is adopted, its value, and the places where it is most often used. Moreover, evaluating the demographic details in connection to Web3 will help get an understanding of how the public perceives this technology.

A brief summary of the Web evolution

At the start, the web was made to allow people to give value to other people. The web 1.0 was basic, static webpages that were put together by developers.  To share material and communicate with people, tools like mailing lists and discussion forums were utilized. With the advent of mobile web, these websites grew much more common during that ten-year period. But then came Web2 and users started to be drawn to much bigger websites that collected data to make more profits instead of implementing better user experience techniques.

Web3 is here to revolutionize the way the internet is used. This marks a new age of the web, an evolution in the way information is spread and how people connect with each other. Web3 has opened a pathway to decentralization. Tim Berners-Lee, the creator of the World Wide Web, initially referred to this new internet as the Semantic Web, which was planned to be more independent, intelligent, and open. This internet was anticipated to be capable of using Artificial Intelligence and Machine Learning to process content with all data being connected conceptually and contextually. But, we are not there yet.

However, the recent emergence of Decentralized technologies such as Decentralized Finance, NFTs, Artificial Intelligence, the Metaverse has led to a shift towards data decentralization and a more secure and transparent internet. 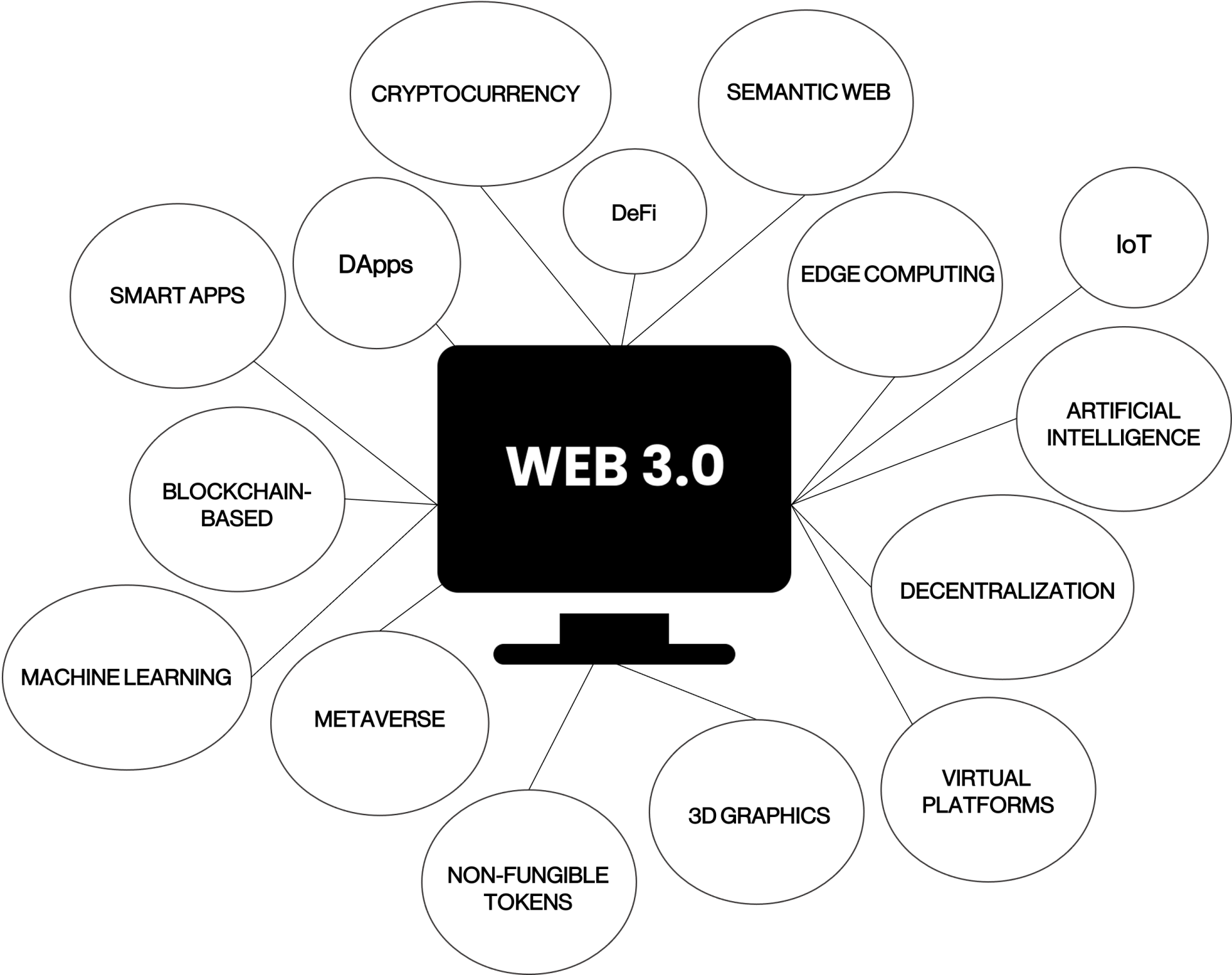 Key figures of the Web3 market

Geographic breakdown of the Web3 market

Blockchain platforms in the Web3 market