3 steps to transition your Web2 brand to Web3

If Web3 is growing this fast, it means something to any Web2 brand. This next level of the web brings transformation, evolutions of uses but above all questioning. Although it is essential for a company to be interested in new technologies, it goes without saying that not all businesses will have to answer this call. It will be mainly a question, for the brands wanting to launch themselves, to go step by step, taking into account the changes operated within the web over time.

From the early days of web 1.0, websites began as simple, static pages created by developers. Tools like mailing lists and forums were used to share content and communicate with people. In the early 2000s, social media sites like MySpace rose in popularity as a way for people to interact with others. The rise of mobile web led to these sites becoming even more popular during that decade. However, with Web2, users have increasingly been centralized into these large websites that collect data for profit rather than for building better user experience strategies.

The web was originally conceived for people to provide value to others. However, eventually this became something that corporations took advantage of whereby they would help users in exchange for their information. The problem is that these companies have the power to monetize this data without permission from its owners resulting in a loss for consumers. For a while there, it felt like the internet was getting smaller and smaller. With centralized platforms, the open web faded into the background. Centralized platforms such as Google, Facebook own much of users data, meaning the foundation of Web2 lies in the centralization and deprivation of users from their information, data and privacy.

However, Web3 is here to change this dynamic. With the Web3, we are witnessing the metaversification of the internet: social media sites, streaming services, and blogging platforms that have all become ubiquitous in daily users’ lives. Not only it is the new era of the web, but also an evolution in how information are shared and how people connect with each other. Web3 paves the way for decentralization, where the user data is no longer owned by large corporations.

The Added value of Web3 in a Web2 brand

Web3 is different than Web2 in that it’s decentralized. Instead of corporations owning users data and using it for their own means, a blockchain is used to keep it secure and encrypted, meaning no one can access it. In Web3, not only does marketing need to be different, but a Web2 brand business model as well. Web3 ensures users’ data does not fall into the hands of greedy companies & allows users to participate within an ecosystem without compromising their personal information or their privacy. There is no central entity in control and people can participate in an ecosystem that allows them to earn from it

Moreover, this decentralized web has changed a lot of things for the better. Web3 gives the chance to bring transparency and community into any Web2 brand. With digital assets integration, the user experience is improved through products and services. With some of the biggest players in tech today also developing DApps and DAOs, it is possible to see more innovations and opportunities come in this space as well.

However, there’s so much more to decentralization than just being open source. These are the four key values that drive the improvement of the consumer shopping experience beyond the walled garden of the traditional Internet.

The Web3 creator economy for a Web2 brand

Web3 brings ownership to another level and take out intermediaries. It is no longer just about money. It’s transforming the way people work and get rewarded, create and develop brands, build communities, and more. Every single player or creator contributes to the overall success of a game in a win-win fashion way. Developers can use blockchain technology to actually create new types of games, powered by community players. Players can switch to creators and custom or build their digital assets while the early creators can enjoy what has been created, exchanged and sell them in a secure way. It is a way for users to have a better control over the creations.

With Web3, tapping into community value can happen through decentralized applications (DApps) or Decentralized Autonomous Organization (DAOs). Web3 has power to federate communities, to create them. Some familiar with Web3 will be more likely to turn to brands that offer collections or experiences in this new era of the web. Web2 brands can empower their communities by bringing unique experiences around their services and products. With virtual asset, brands can bring more interactions between members of the communities, as they will exchange with each other about new releases. Web3 will bring closer a brand to its users thanks to the privacy of their data. Users can then empower themselves and create a lasting value of the Web2 brand with Web3.

In the digital world of gaming, there is tremendous value for brands to engage with their communities. There are also challenges and roadblocks as gaming enthusiasts are increasingly using more channels and devices to play games.

Interoperability for a Web2 brand in the Web3

Decentralization is a fundamental shift in the Web3 ecosystem. In Web3, private identities no longer matter. Each user can get an identity token and needing one asset to have a metaverse presence in multiple platforms, including the whole economy that surrounds it. This includes more than just growth in value but also interoperation.

Gaming is one of the largest and fastest-growing segments in the Web3 market in general. But gamers have always been at the bottom of the pyramid in terms of financial rewards. With gaming finance (GameFi) models, Web3 mission is to leverage NFT technology to create games that people will love and transact on the blockchain, allowing players to engage in games for fun or for money, earning tokens for their time and efforts. This web next generation provide users with earning mechanisms through digital assets, leading them to earn while playing. It provides an attractive and compelling business case for digital assets: The added value of Web3 in a Web2 brand through gaming finance

As users are becoming their own content generators, we can expect a flood of new ideas and inventions. Meanwhile, the rise of GameFi is fueling further diversification as some virtual goods begin to replace hard assets as investments. The result is a shift towards a more open, dynamic economy that is created and supported by creators at the heart of an ecosystem built on trust and transparency. To cite the most successful metaverse games relying on the Play-to-earn mechanism, we have Decentraland, the Sandbox, Axie Infinity. 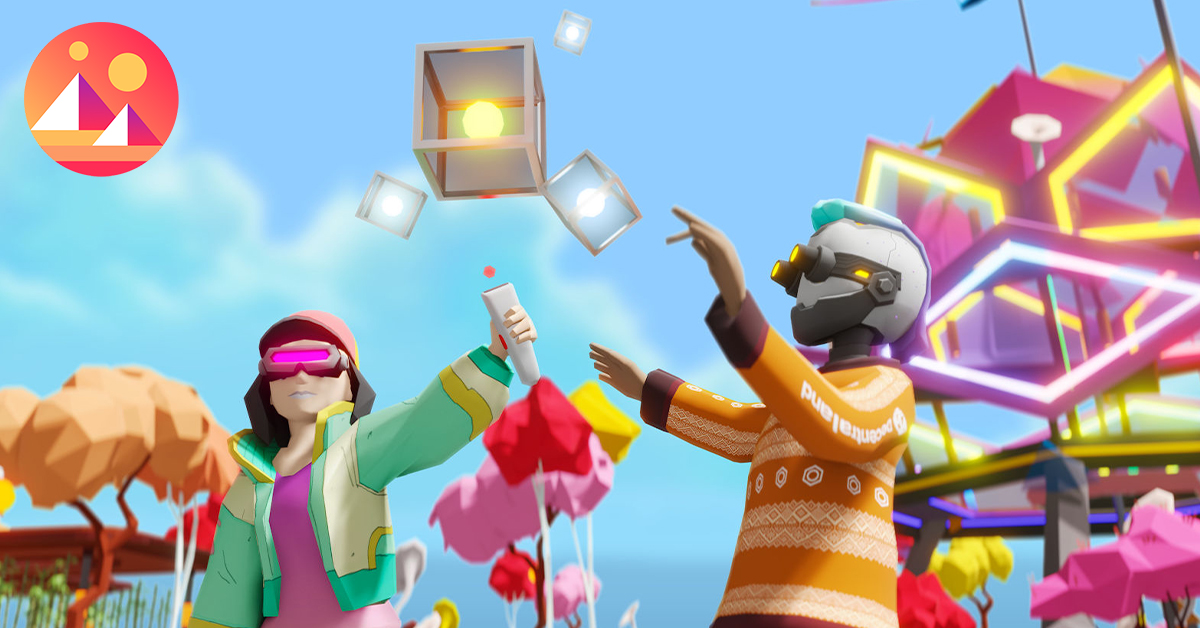 3 Steps to get into the Web3 for a Web2 brand

Web3 isn’t a revolution but an evolution. That’s why brands must have transparency and community integrated from the start. However, the path towards Web3 is not that simple. Here are 3 steps for a Web2 brand to start their Web3 journey:

Web3 for Web2 is the bridge that leads us to Web3. The world of Web2 can be a difficult one for those who see the power of the blockchain revolution, and know that Web3 is the future. Major tech companies from both the Web2 and Web3 worlds are helping each other prepare to meet in this in-between place called Web3 and build on what it is to have. Web3 raises the responsibility to make the digital world fairer, more transparent and accessible to everyone. But does it mean Web3 is mature enough to welcome all the brands that will want to go there?

To learn more on Web3 tools to engage users and enhance their shopping experience, read AR NFTS- A TOOL TO STRENGTHEN BRAND LOYALTY

Or download our white paper ENTERING IN THE WEB 3.0 – A GUIDE FOR LUXURY FASHION IN THE METAVERSE

Read More
Dec. 02, 2022Why Web3 and NFTs can transform brand customer relationship
Nov. 30, 20223 ways to match an NFT category to a brand’s marketing goal
Nov. 29, 20227 tips to build a Web3 Community as a traditional brand
Nov. 25, 202210 NFT types to fit your brand business strategy
Nov. 24, 2022NFT Treasure Hunt: The brand’s gold mine to target the Gen Z
Nov. 20, 2022Metaverse interoperability- How can brands leverage it
Oct. 18, 2022Metaverse Fashion & Sneakers: itw with Nicolas Romero
Oct. 17, 2022Web3, NFTs & Metaverse events of December 2022
Oct. 17, 2022Social Media & NFTs: What the future has in store?
Oct. 14, 2022Making the Beauty Industry a key player in the Metaverse
We use cookies on our website to give you the most relevant experience by remembering your preferences and repeat visits. By clicking “Accept All”, you consent to the use of ALL the cookies. However, you may visit "Cookie Settings" to provide a controlled consent.
Cookie SettingsAccept All
Manage consent